These Coconut Flour Waffles are a delicious healthy dish to start your day. The slightly crispy outer layer with a perfectly soft inside makes these waffles the perfect no refined ingredients option for brunch or grab-and-go breakfast. 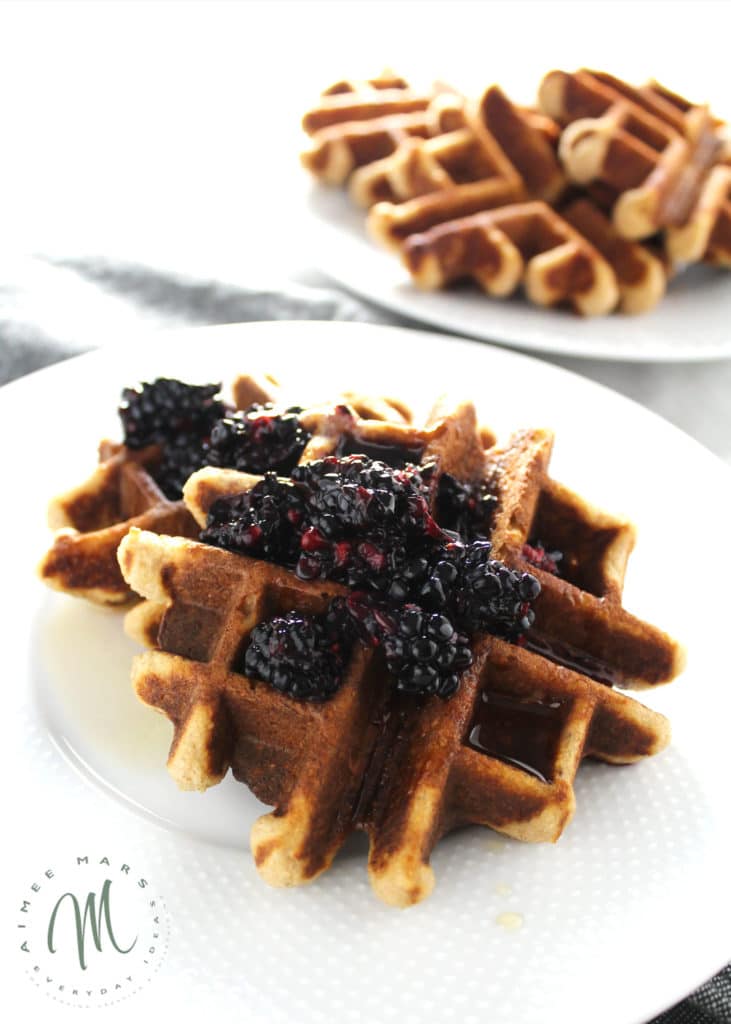 Calling all adults and kids alike, or even adult-like kids or kid-like adults, these Almond Flour Coconut Waffles with Blackberry Jam (that’s a mouthful) are for ALL of you!

I brought up how my son Winston has made food prep/getting him to eat anything (ANYTHING!) quite challenging in the last 2 posts because it’s seriously all-consuming. 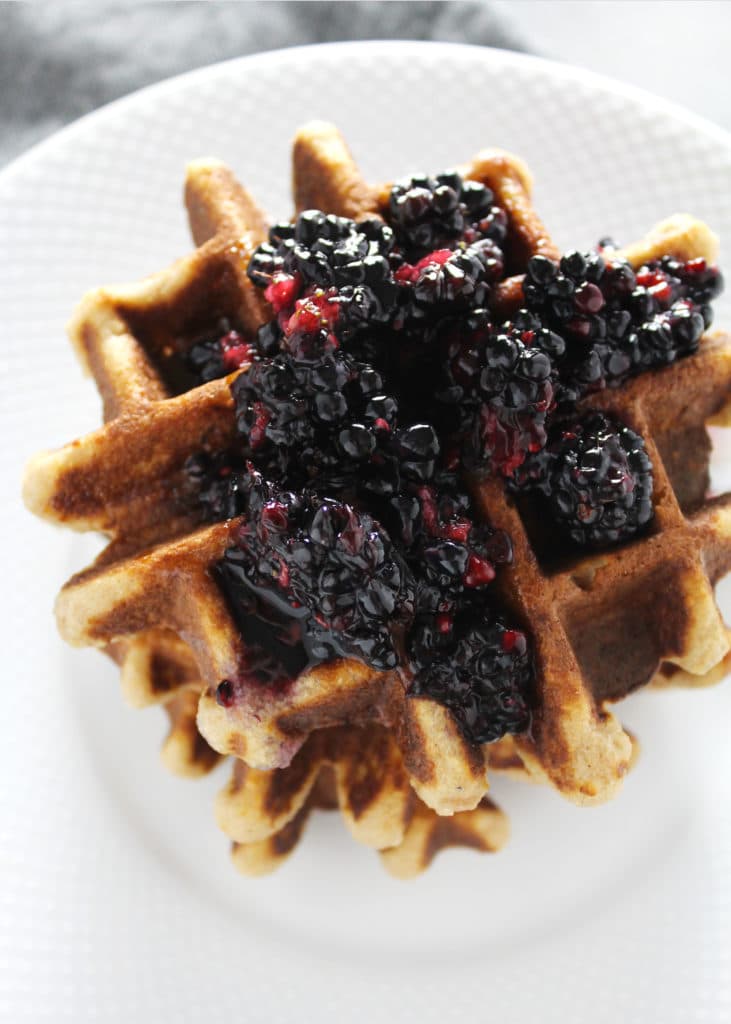 My first solution was to provide him with the foods he’ll actually eat, which sometimes changes from day to day, but in doing so I would make a healthier version if the food wasn’t already on the “healthy list.” (The Baked Chicken Nuggets recipe I make can be found here). This has helped…

My other answer to this ever changing food puzzle was to make sure he was actually getting enough food each day. I’m of the mind set “you don’t like it, then don’t eat it, but I’m not making anything else!” Well, this theory is all good and well until you start losing sleep… 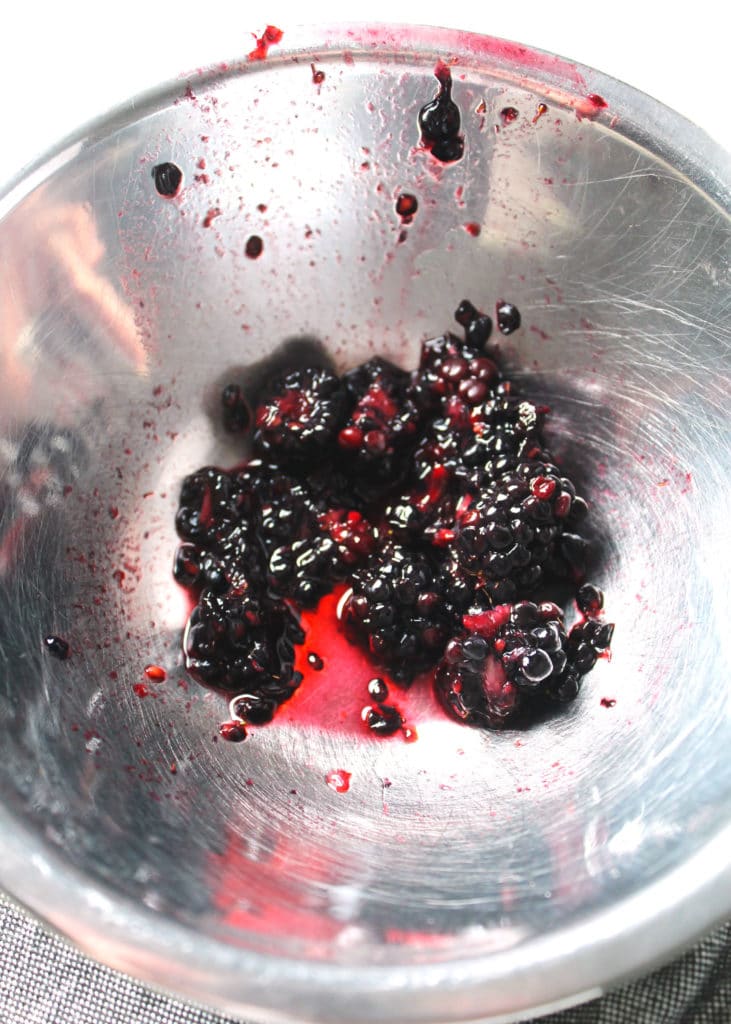 He started to wake in the middle of the night, as in multiple times, hungry or rather H-A-N-G-R-Y! Since he’s only been sleeping through the night 4 of the 15 months he’s been alive I decided I had to figure out a way to get him enough food and fast!

My solution = Pre-bedtime snack. Now, I know this isn’t the best solution, but it’s one more way to get a few extra calories in him before he heads off to dreamland and right now it’s working.

I always aim for this snack to be as healthy as possible as well as low on the added sugar scale (certainly don’t want a pre-bedtime sugar-high), however in a sleep-deprived-desperation I started to lean towards waffles because THEY WORKED! And some times you just have to do what you gotta do to survive! Right!?!

Though these waffles were organic my ever present mom-guilt started to creep in and in a way to push her out I thought “I can definitely make these more healthy!” So here you go… I now present to you Almond Flour Coconut Waffles! 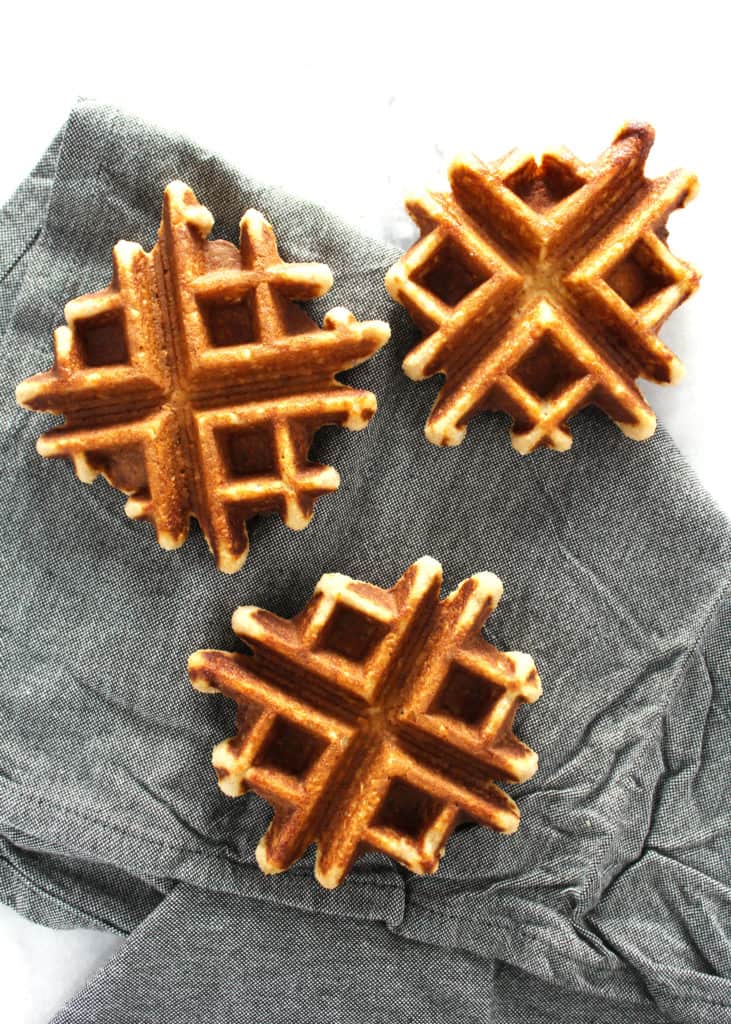 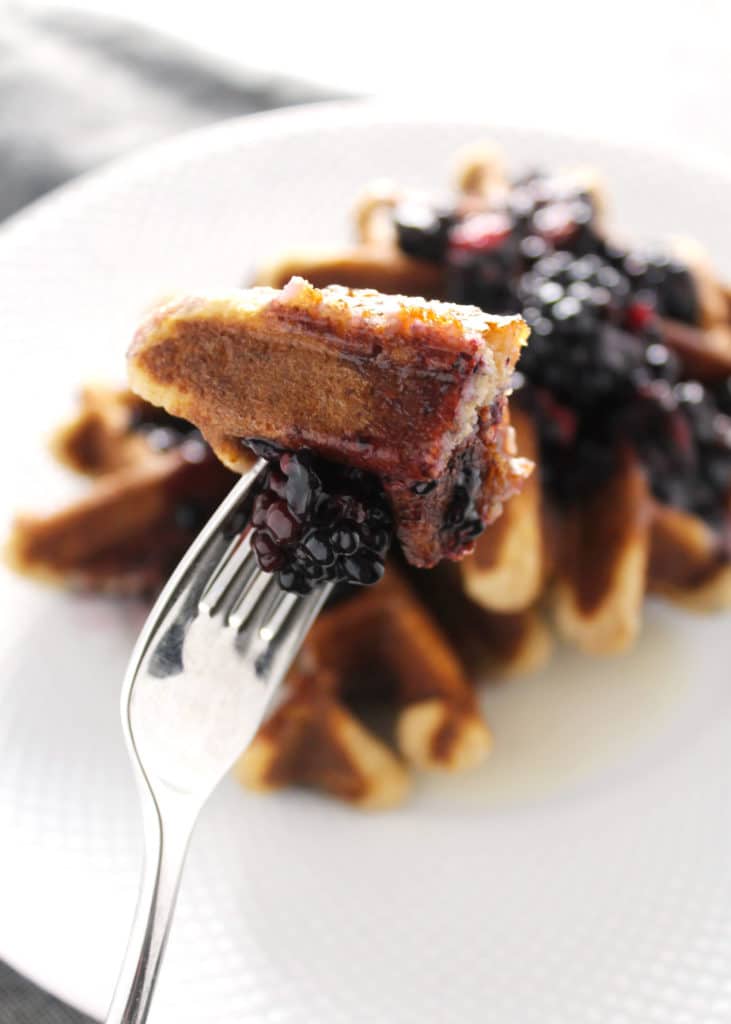 These waffles are gluten-free and have the perfect amount of crisp, but also a sweet flavor due to the coconut addition. The Blackberry Jam? Well, it’s only 2 ingredients so that’s pretty sweet (pun intended!) too! Though I’m pretty sure most kids AND adults like waffles, I’m just giving you a solid confirmation here. 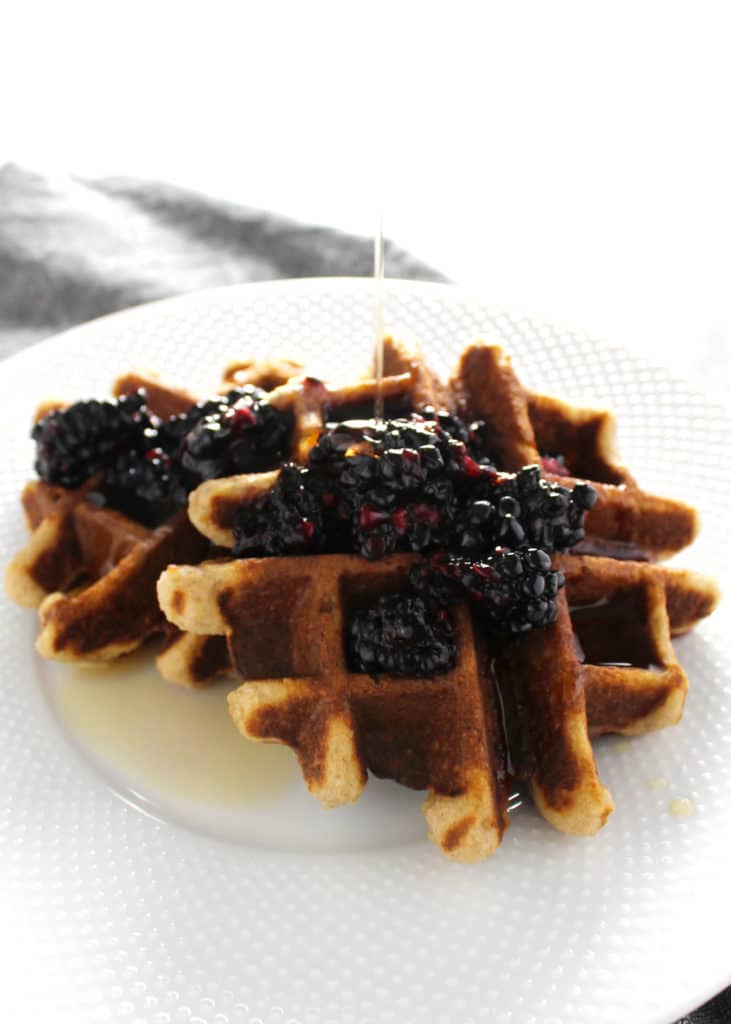 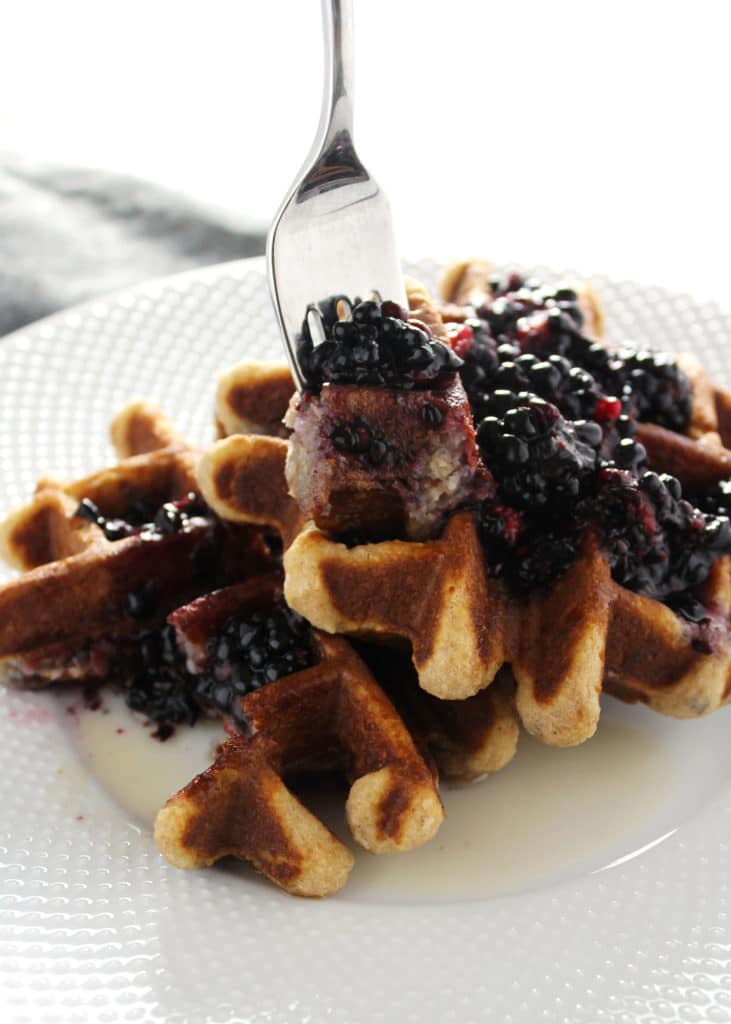 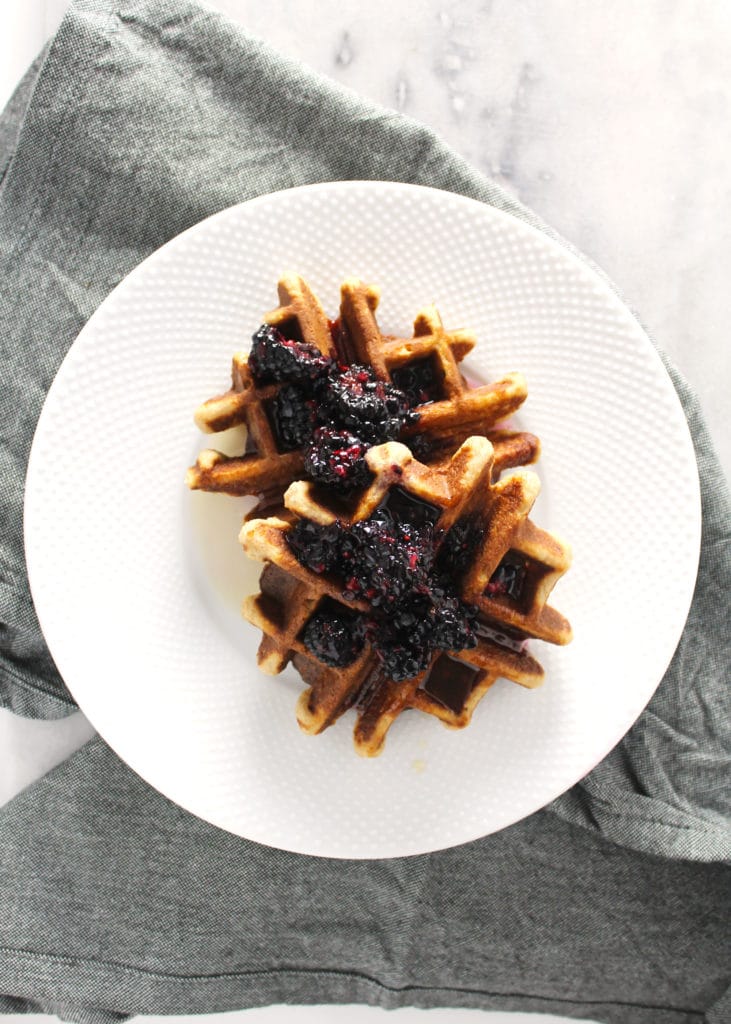 These gluten free Almond Flour Coconut Waffles are a perfectly healthy option for brunch or breakfast and the Blackberry Jam the perfect compliment. 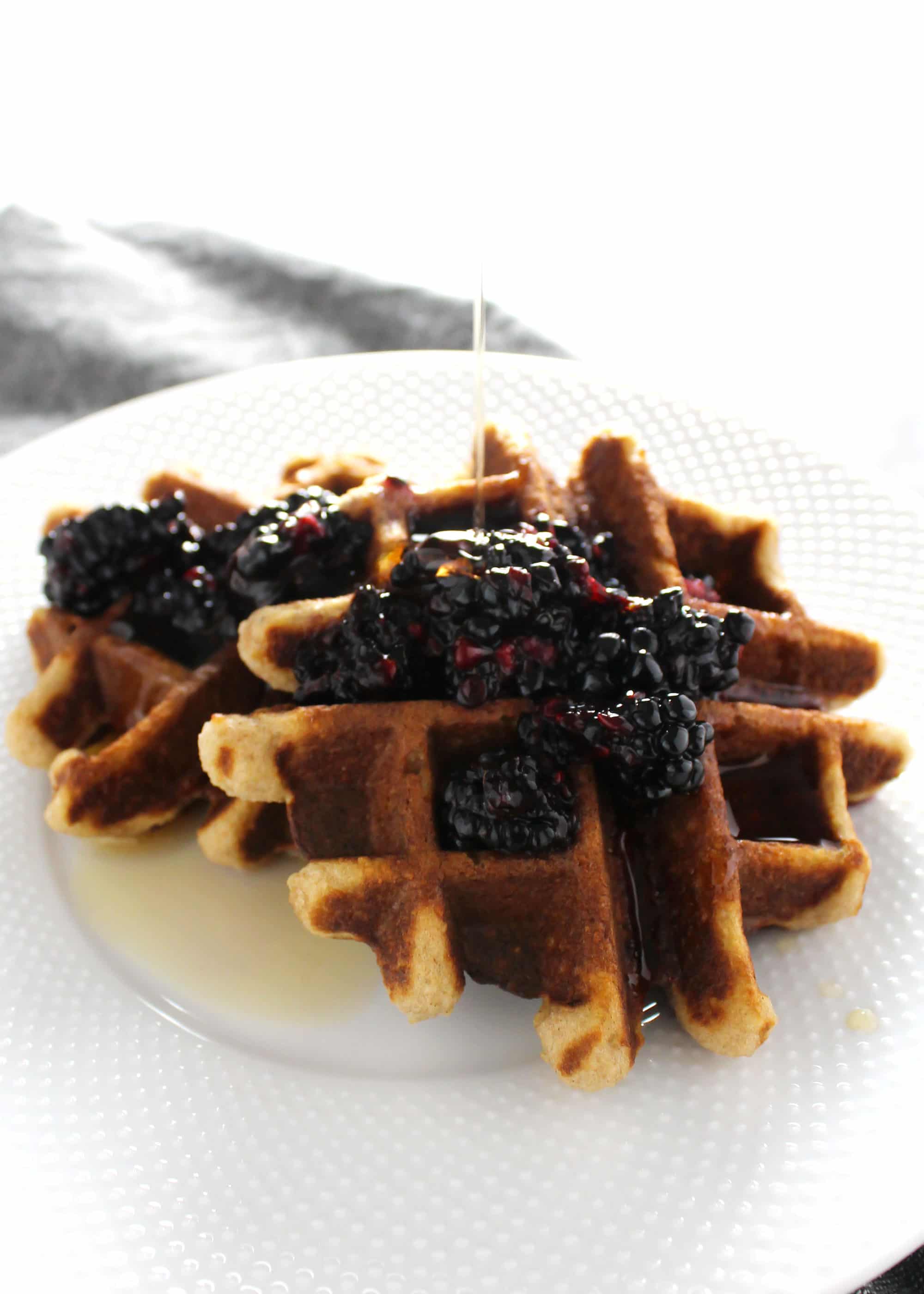