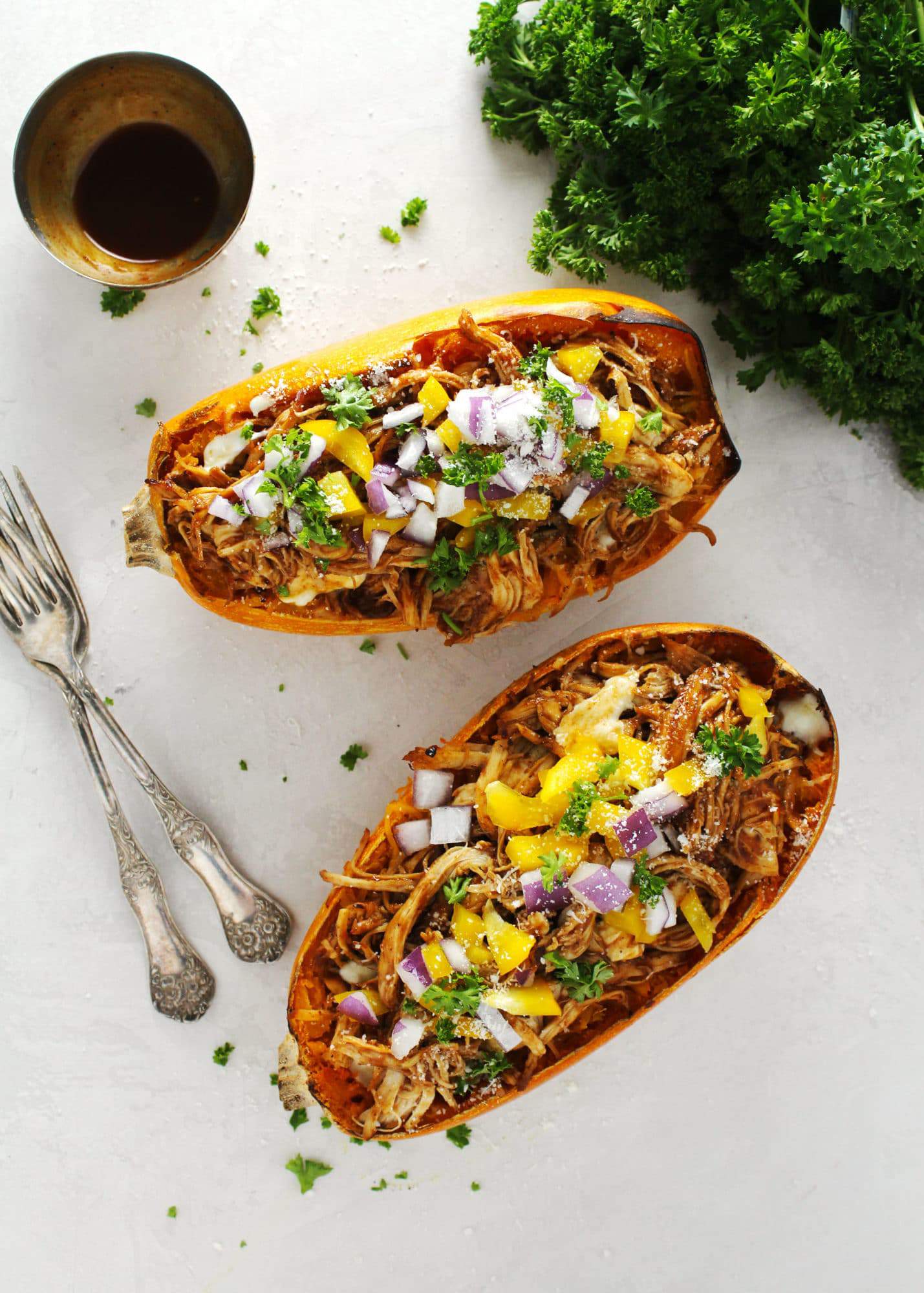 You know those dishes that taste absolutely amazing, but don’t actually look all that appetizing, like the meatloafs and most casseroles of the world? Well, this Barbecue Stuffed Spaghetti Squash somewhat falls into the food realm.

Taste-wise these stuffed vegetables are out-of-this-world with their tangy flavored barbecue chicken mixed in with the melty mozzarella, topped with even more delicious vegetables. No one is going to deny those flavors! You’re going to have to take my word for it and dig right in…

Beauty is on the inside here (life truths friends!). Let me show you:

That’s a whole lotta yumminess stuffed into one spaghetti squash no matter how it looks. 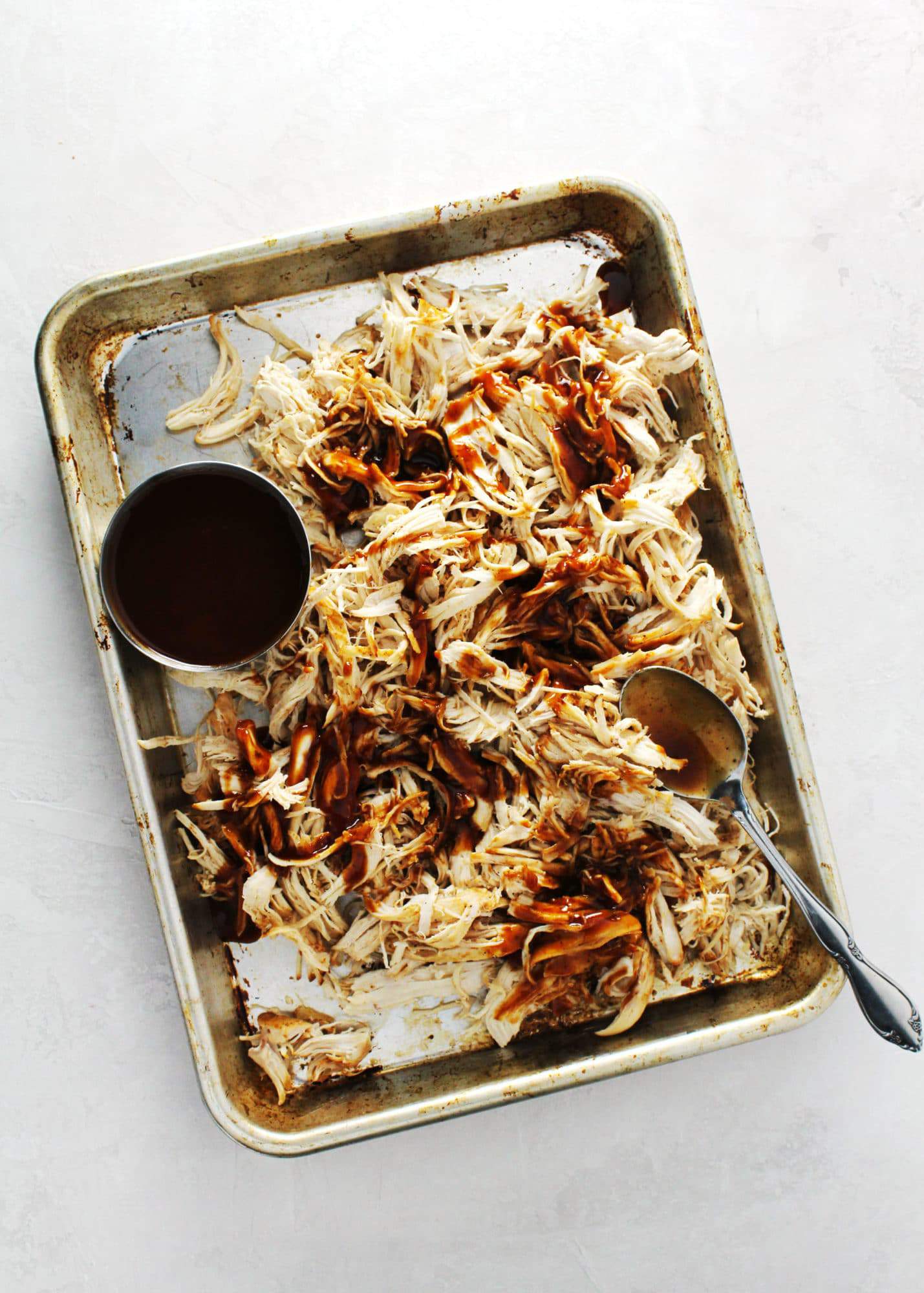 It all started when I went to buy the spaghetti squash in the first place and the only option available were some kind of brightly colored orange squash.

I had the color scheme all sketched out in my head for how these stuffed squash would look, but to my completely oblivious food blogging self (amateur alert!) there is a version of spaghetti squash known as “orangetti.” Right. Basically, it’s the EXACT same thing as it’s yellow cousin, but just orange. I don’t know. 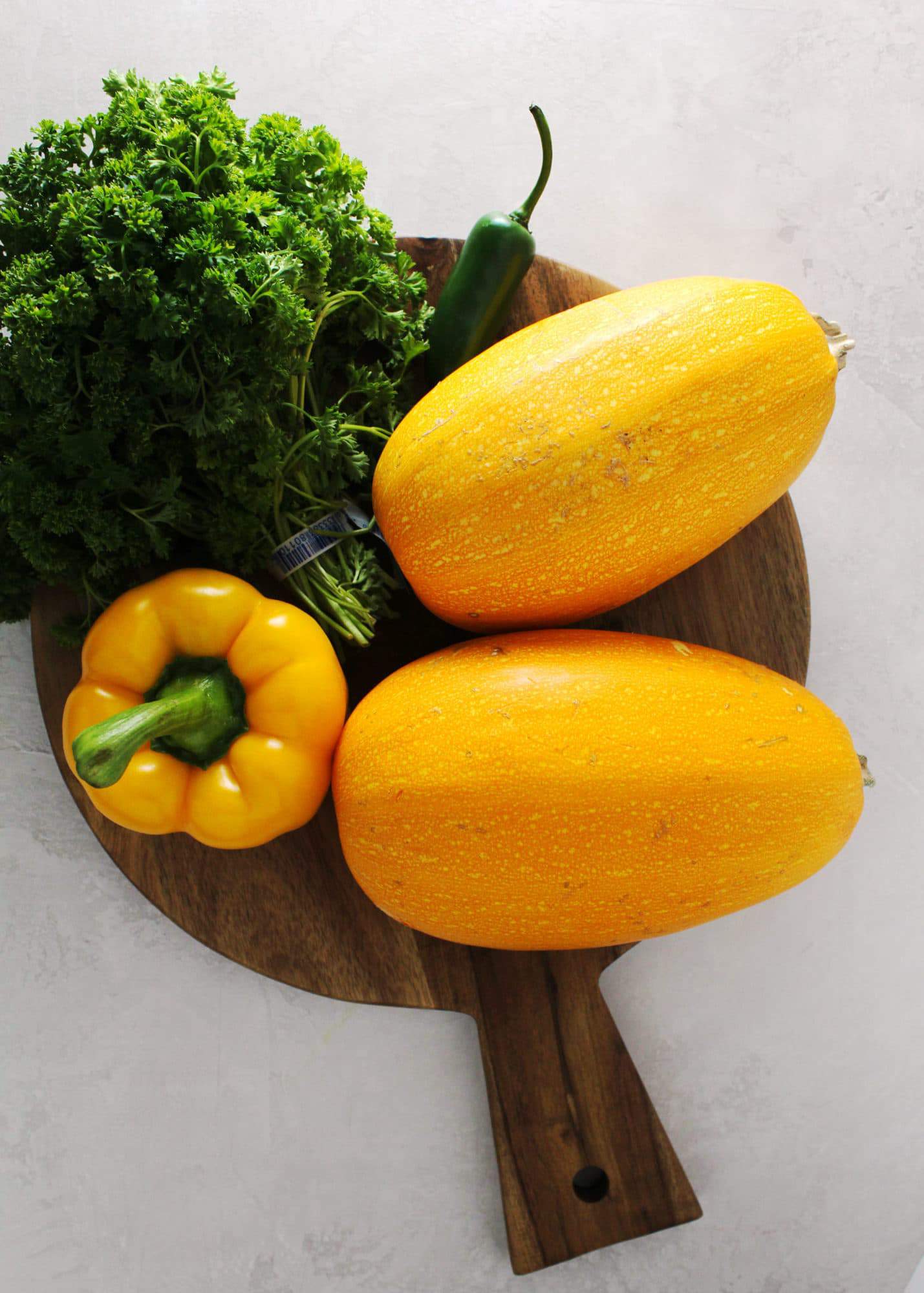 Well, then as I was setting up my photo shoot for this recipe I made another amateur move and sat the squash directly on my brand new Erickson Woodworks background and began shooting, only to find an annoying and completely unremovable orange stain afterwards.

So I became mad at this dish and thus decided to punish it by not posting it. Ha! I’ll show you orangetti spaghetti squash, or whoever you are! 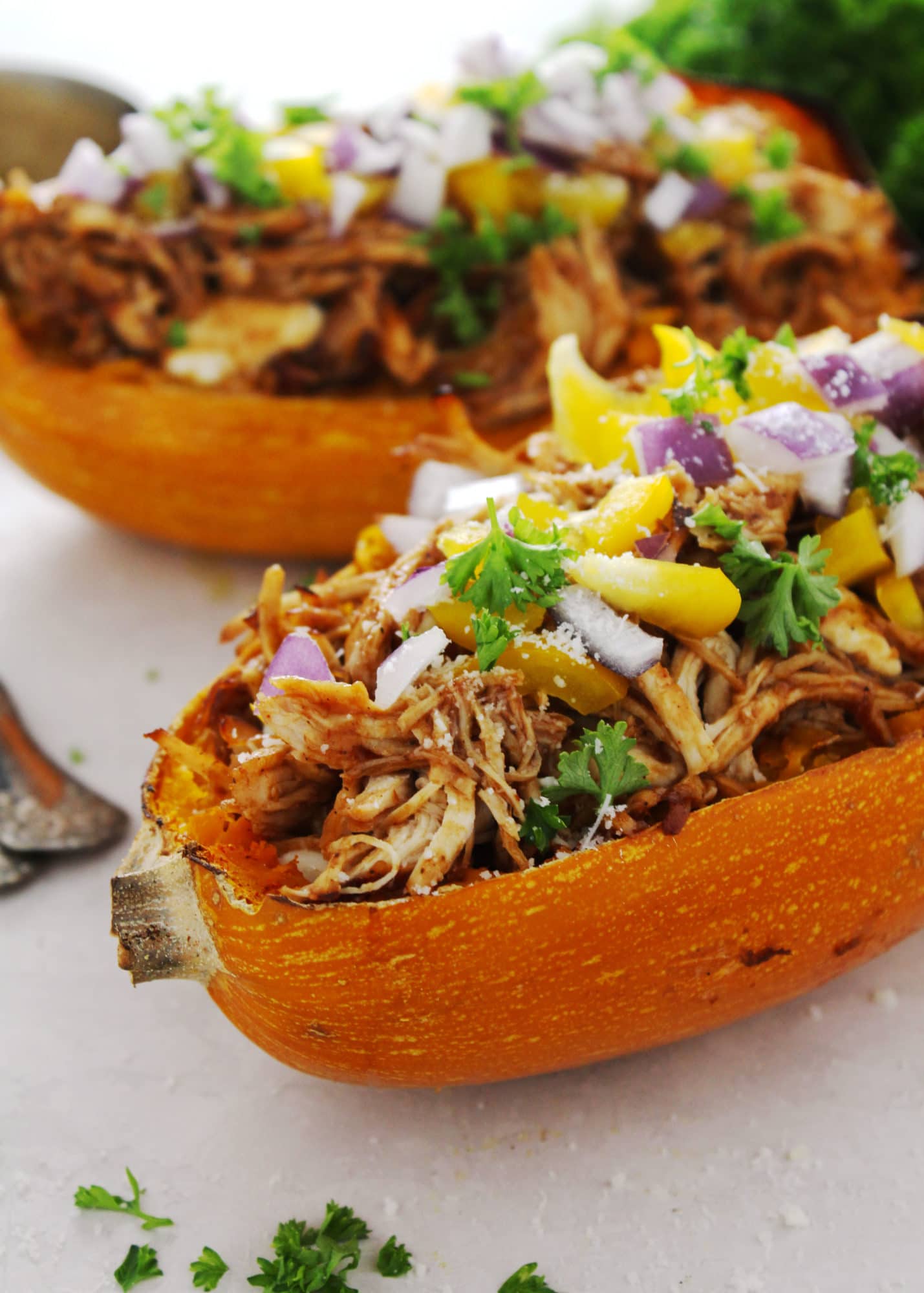 Then summer happened and vacations and I wasn’t able to prepare as many recipes (or rather I ran out of energy to prepare such meals) for the blog and was sort of forced to pull this recipe out of the “dungeon of banished shoots.”

I discretely posted one of the pics on Instagram asking if anyone would indeed be interested in this dish that brought me so much angst. Turns out there were many.

To those of you who said yes to this absolutely delicious meal, which I highly recommend making, just not shooting, here it is without further ado. 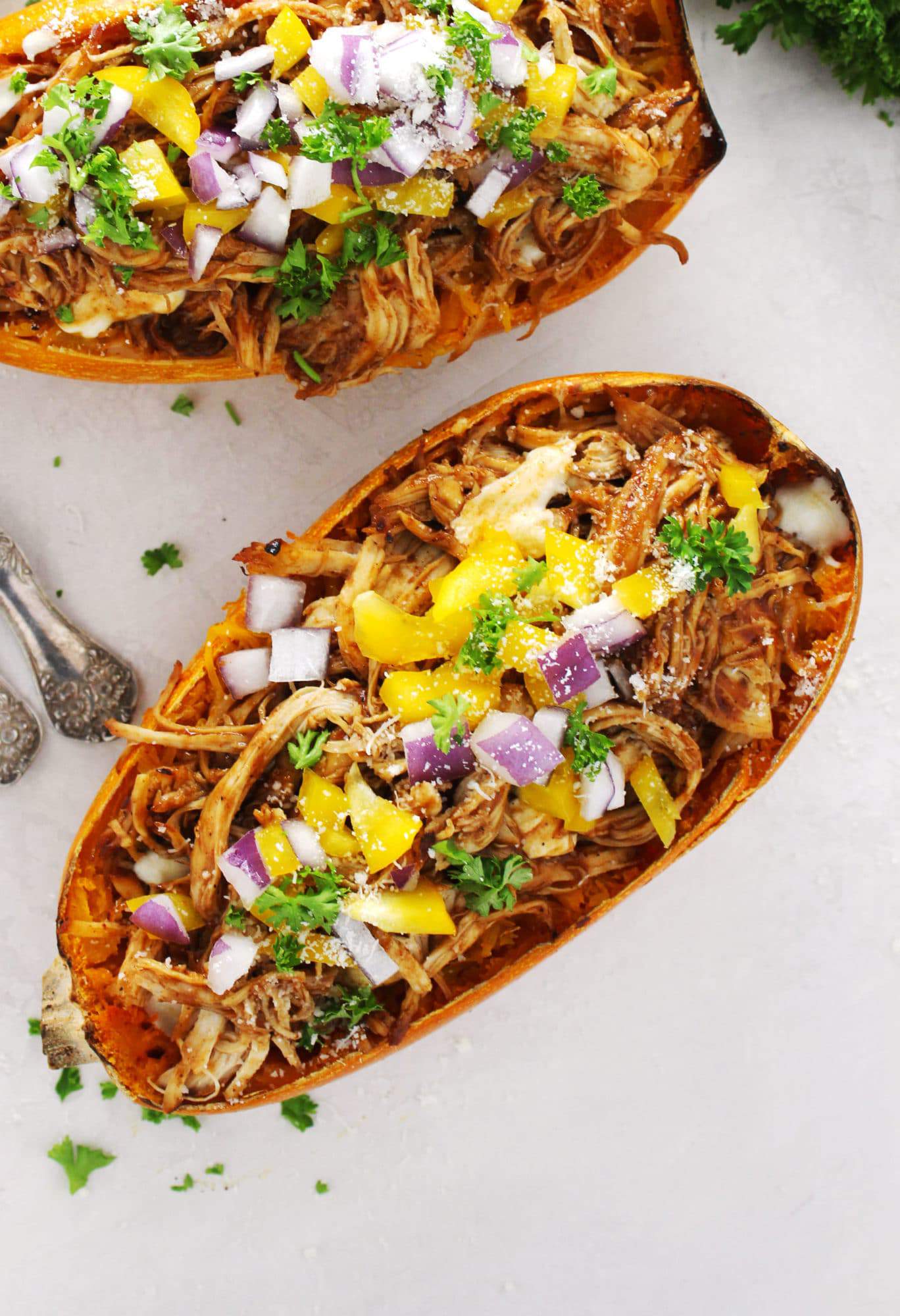 Remember, the beauty is on the inside friends! 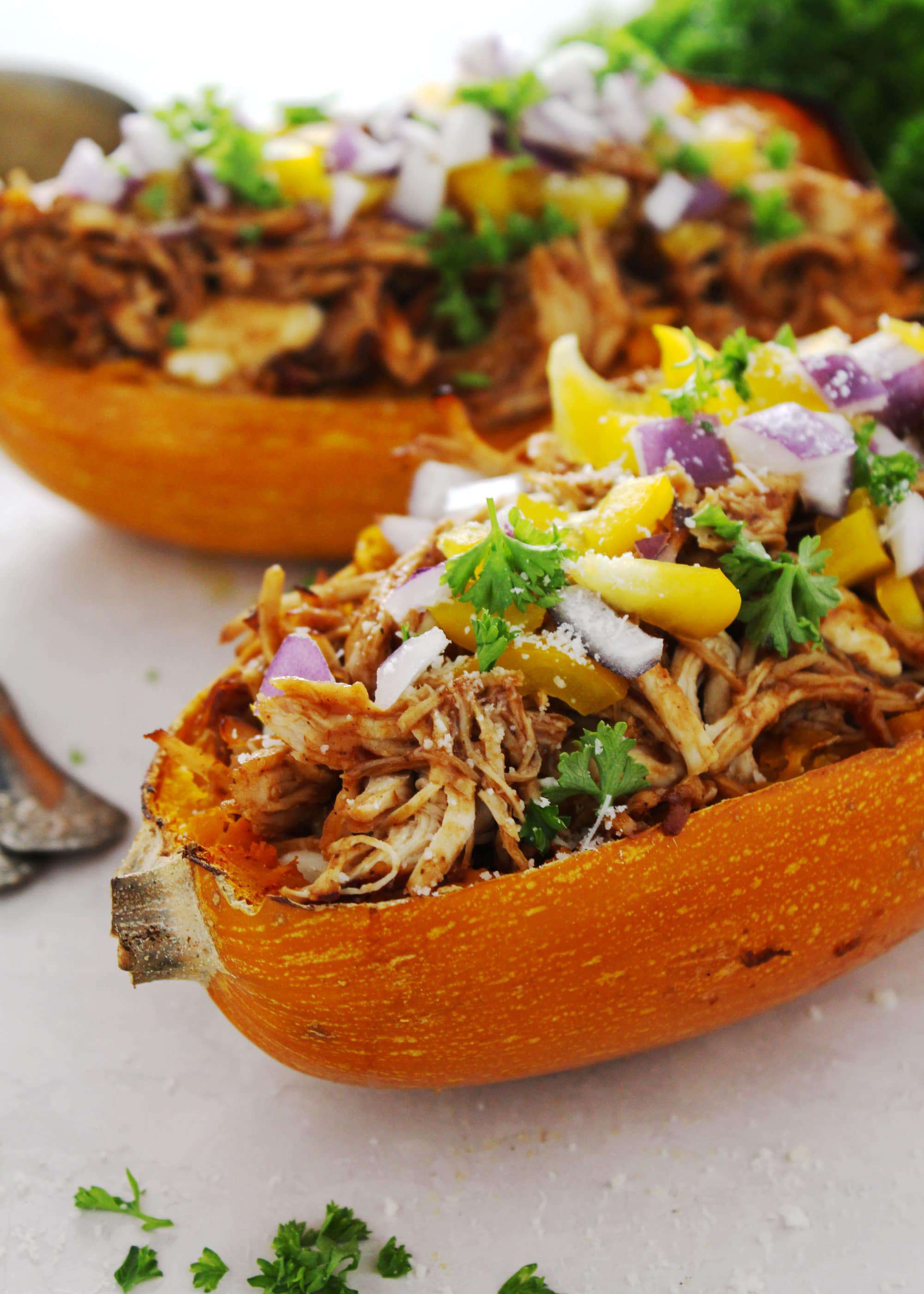