This Cashew Coconut Smoothie is packed with nutritious ingredients that taste like a delicious treat. Coconut milk, cinnamon, and banana are the base of this recipe with unique add-ins such as oats and raisins.

Inspired by a visit to a local smoothie shop I decided to create my own version of the delicious cashew milk smoothie I’d sipped on. The super thick and creamy beverage was filled with tasty ingredients like bananas, dates, and cinnamon.

Smoothies and salads have always been my favorite options for lunch so I love coming up with new recipes. This sweet and creamy cashew milk smoothie is perfect for lunch because it’s filling and slightly sweet. For me it curbed the sweet cravings I usually encounter after a meal too. 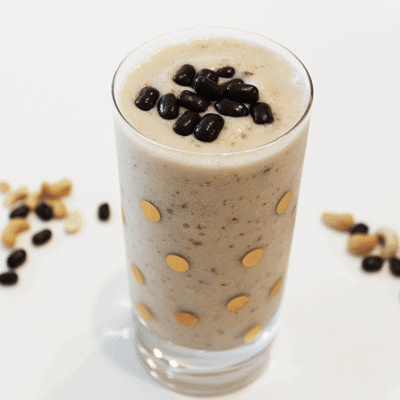