This Madison Avenue tuna salad, inspired by the Mark’s Madison Avenue Salad at Barney’s New York, is loaded with powerful ingredients such as beets, lentils, peas, and kale to name a few, and topped with a sweet and tangy mustard vinaigrette. 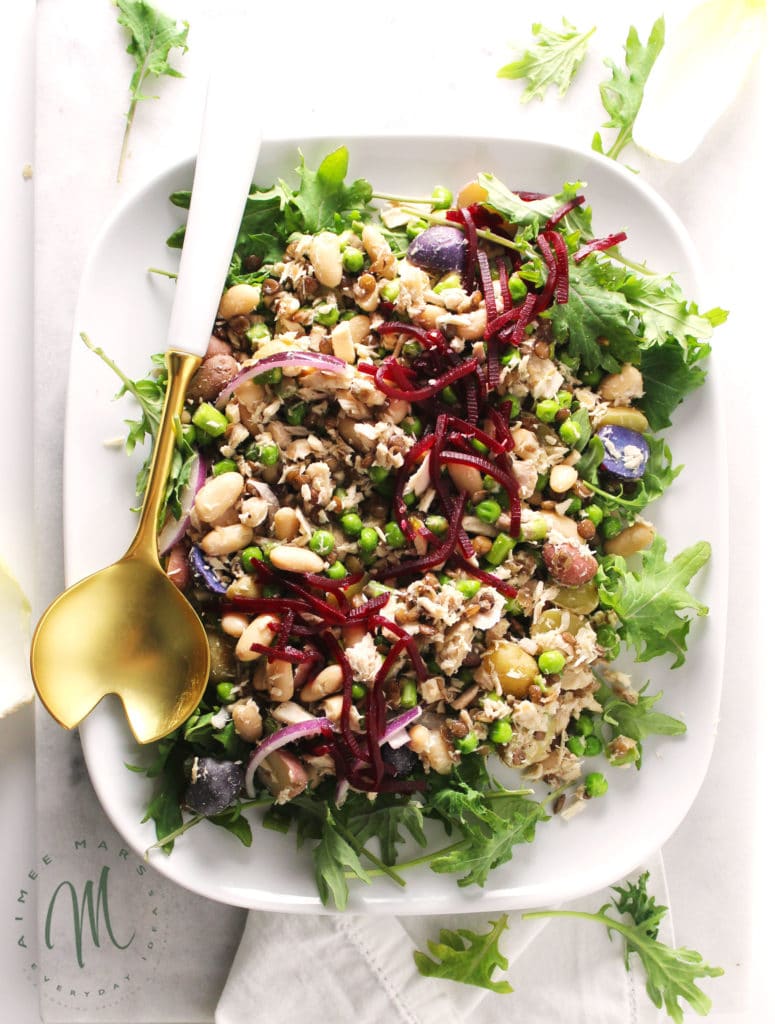 Why is it called “Madison Avenue”?

Well, actually it’s “Mark’s Madison Avenue Salad” from Fred’s at Barney’s New York and it’s one I ate on the regular for business lunches when I led a very different life. 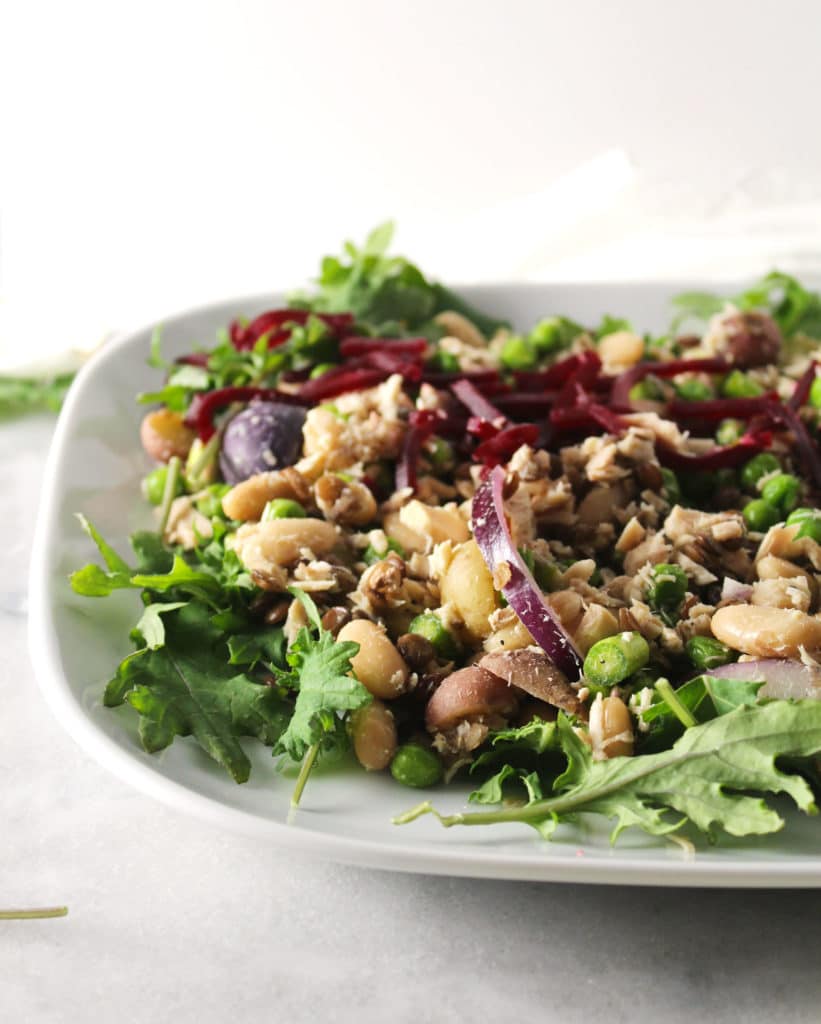 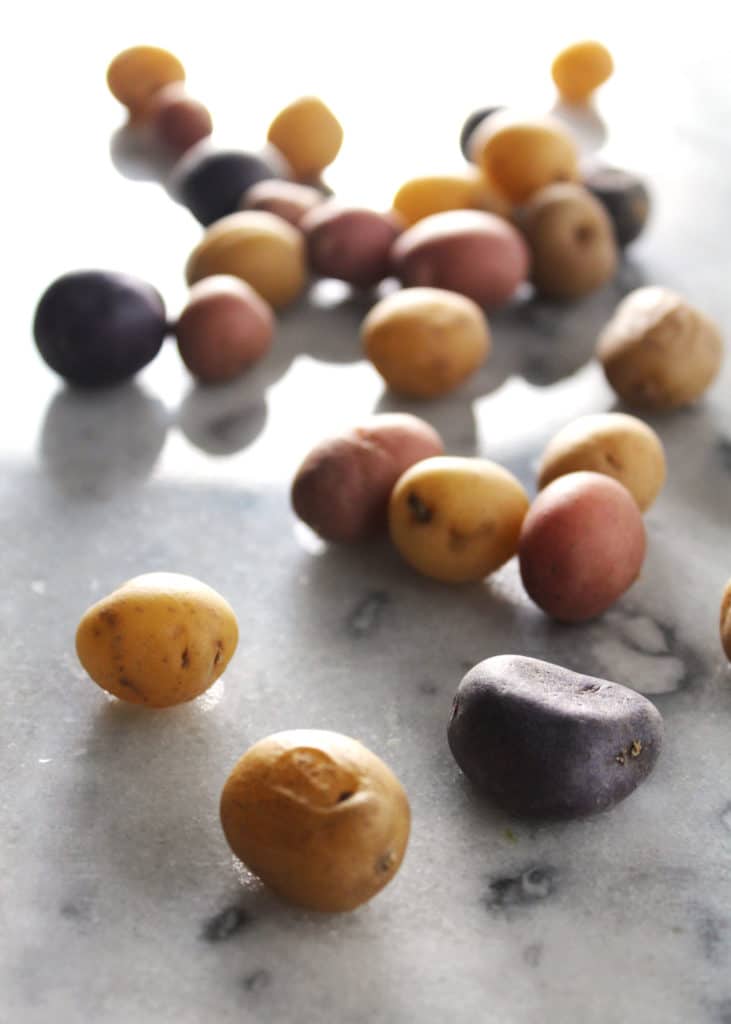 In this different life, I owned a clothing line in NYC and was often doing research at Barney’s or conducting a client luncheon. Sometimes, as silly as it seems, we were there just to be “seen” in our clothes, which were from the latest line in our collection. True story!

But the other true story is this Salad came with no small price tag as with everything else at Barney’s. Even though my name was on the clothing label every penny was going back into the brand and so outside of business operations, this salad wasn’t  exactly on my daily menu. I decided to create my own version of the salad, which inevitably was far less costly but just as exciting and delicious.

I loved it so much I decided to create my own version, which inevitably was far less costly but just as exciting and delicious. I left out a few of the ingredients (mostly because I got tired of all the prep work involved) and made a thicker dressing. 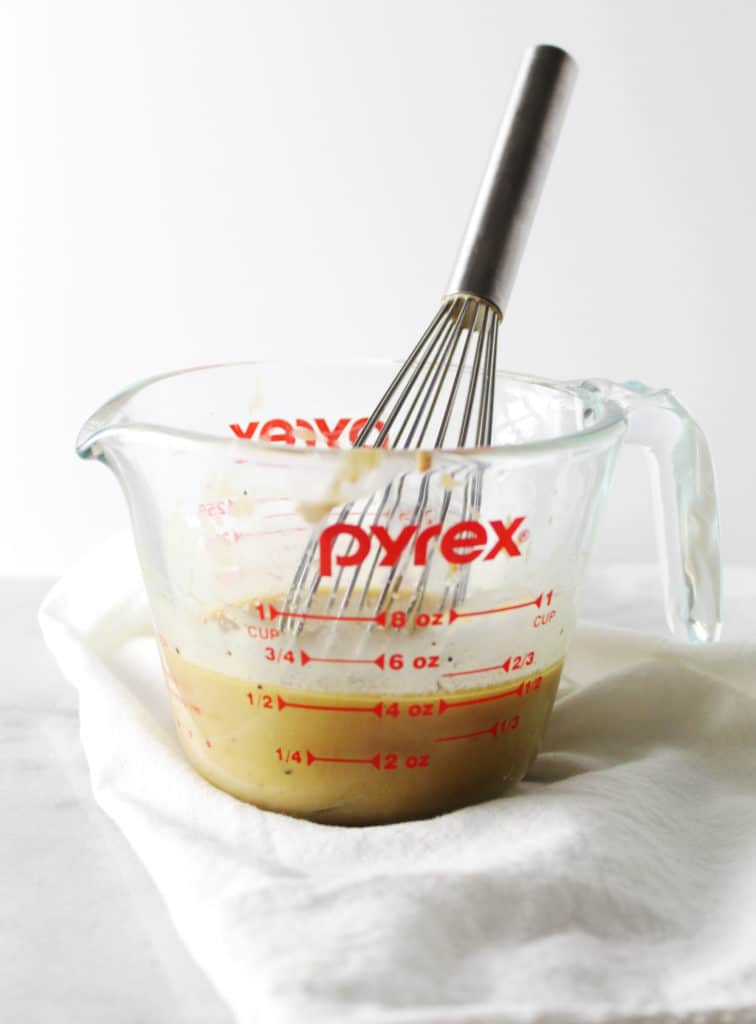 After reading the book “The Swans of Fifth Avenue,” which was my choice for book club this month I was not only reminded of ladies who lunch in NYC but also this salad. This fictional book chronicles the rise and fall of Truman Capote and spills the gossip on his group of New York high society friends. Since I was the host this salad was a MUST for the meeting menu.

After all, we would be discussing old New York’s elite and be gossiping about the new, exactly the same topic of convo currently infiltrating the wall’s of Fred’s at Barney’s today were you to sit down to lunch. 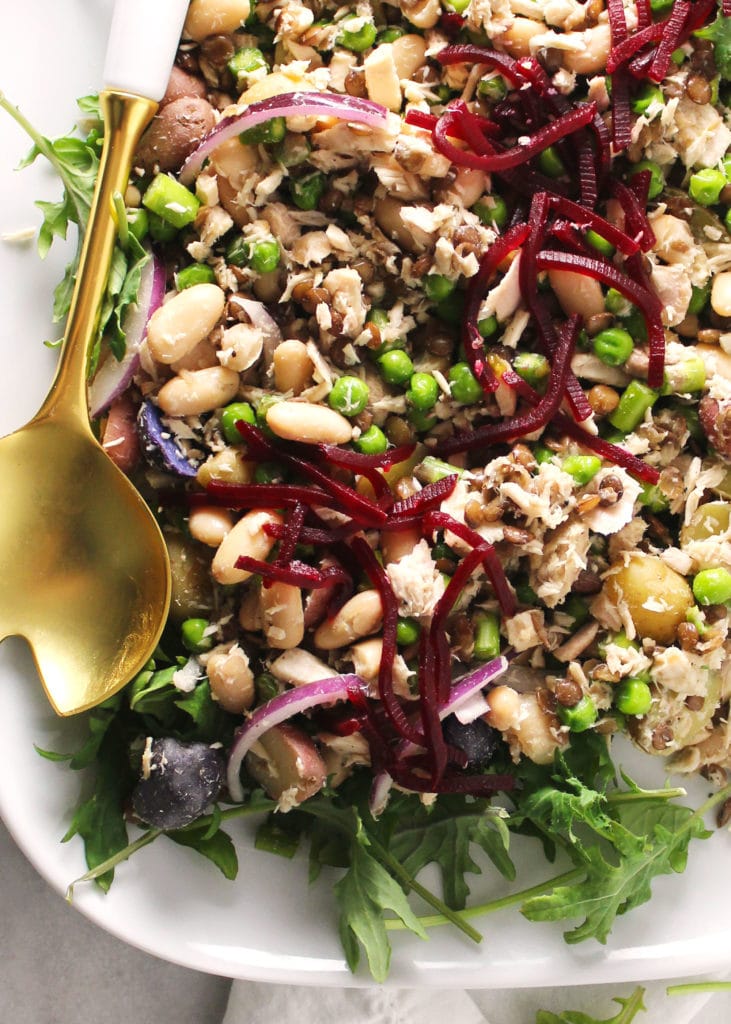 And just like high society women of New York City this salad is loaded! It’s full of all kinds of healthy ingredients such as beets, red onions, lentils, asparagus, peas, and whites beans to name a few. The sweet and tangy mustard vinaigrette was one of the first dressing I ever tried to imitate and now I rarely purchase it at all.

Personally, I like to make a huge batch of this salad and enjoy it throughout the week. There is a bit of prep involved, which is why I recommend making it ahead of time and enjoying it all week long. 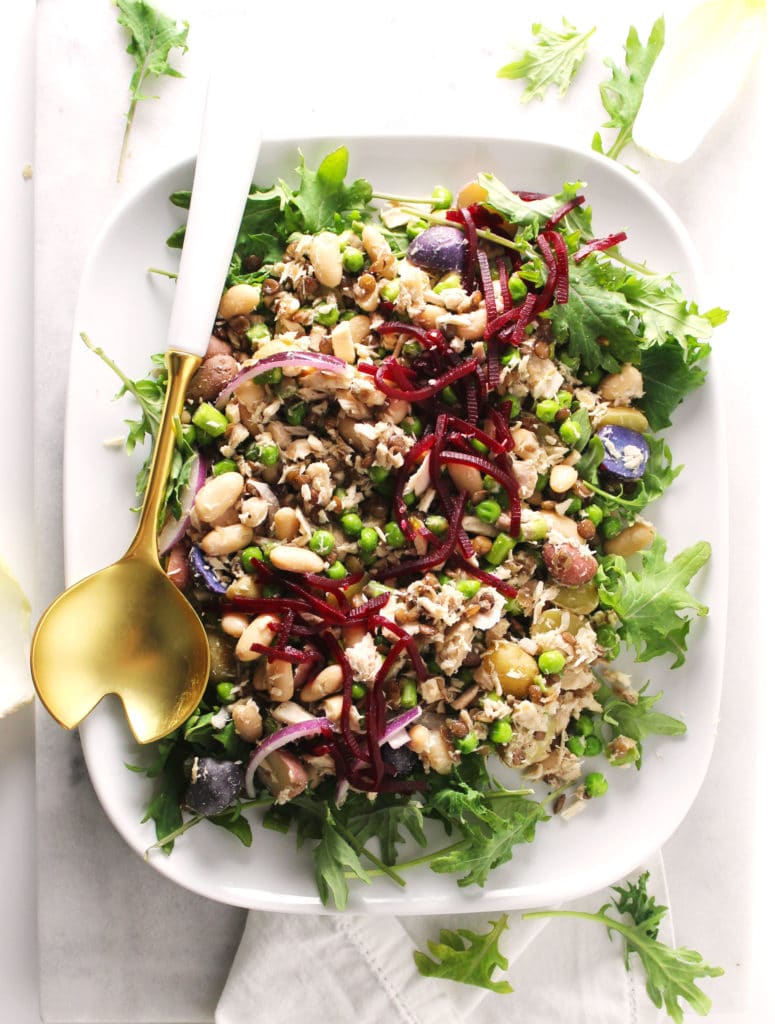 For those of you who live in New York, I highly suggest taking a lunch break and heading over to Barney’s for one of these salads. Who knows what kind of juicy info you’ll leave with… For those of you don’t I’ve got you covered with this recipe! 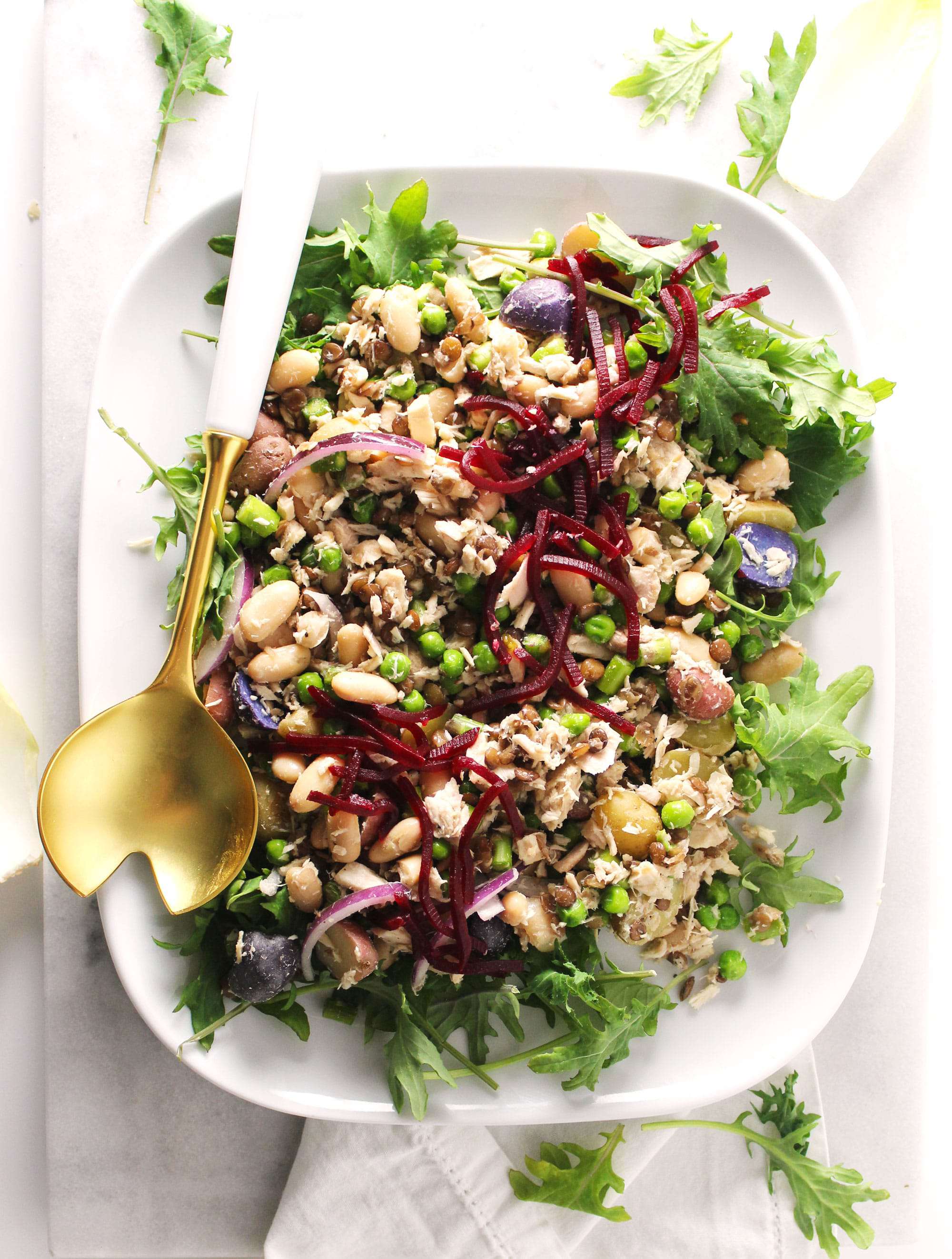