Creamy potato soup with hints of maple and cinnamon roasted pecans sprinkled on top. This Maple Sweet Potato Soup is delightful and healthy comfort food for those colder months.

Similarly, delicious soups include this butternut squash and pumpkin soup as well as this acorn squash soup.

Just last week after I’d placed the final syrup drizzle on this seasonally rich soup I knew I had to share it with more than just my immediate family. Though I craved a slightly quiet evening at home I reached out to a friend to invite over for dinner.

Inviting friends over for simple meals has been something I’ve wanted to do for a while. She responded quickly with a yes, and before I’d even set my phone down I received a call from my son’s teacher saying he was sick.

My plans were immediately canceled. I did prepare a container to drop off with my friend, but I know it wasn’t the same as sharing the meal together.

The wholesome and delicious ingredients of this soup can easily be changed for other options to make vegan or dairy-free. Below are some options based on the ingredients.

When serving this soup I like to add an extra drizzle of maple syrup on top and sprinkle the soup with some cinnamon roasted pecans. 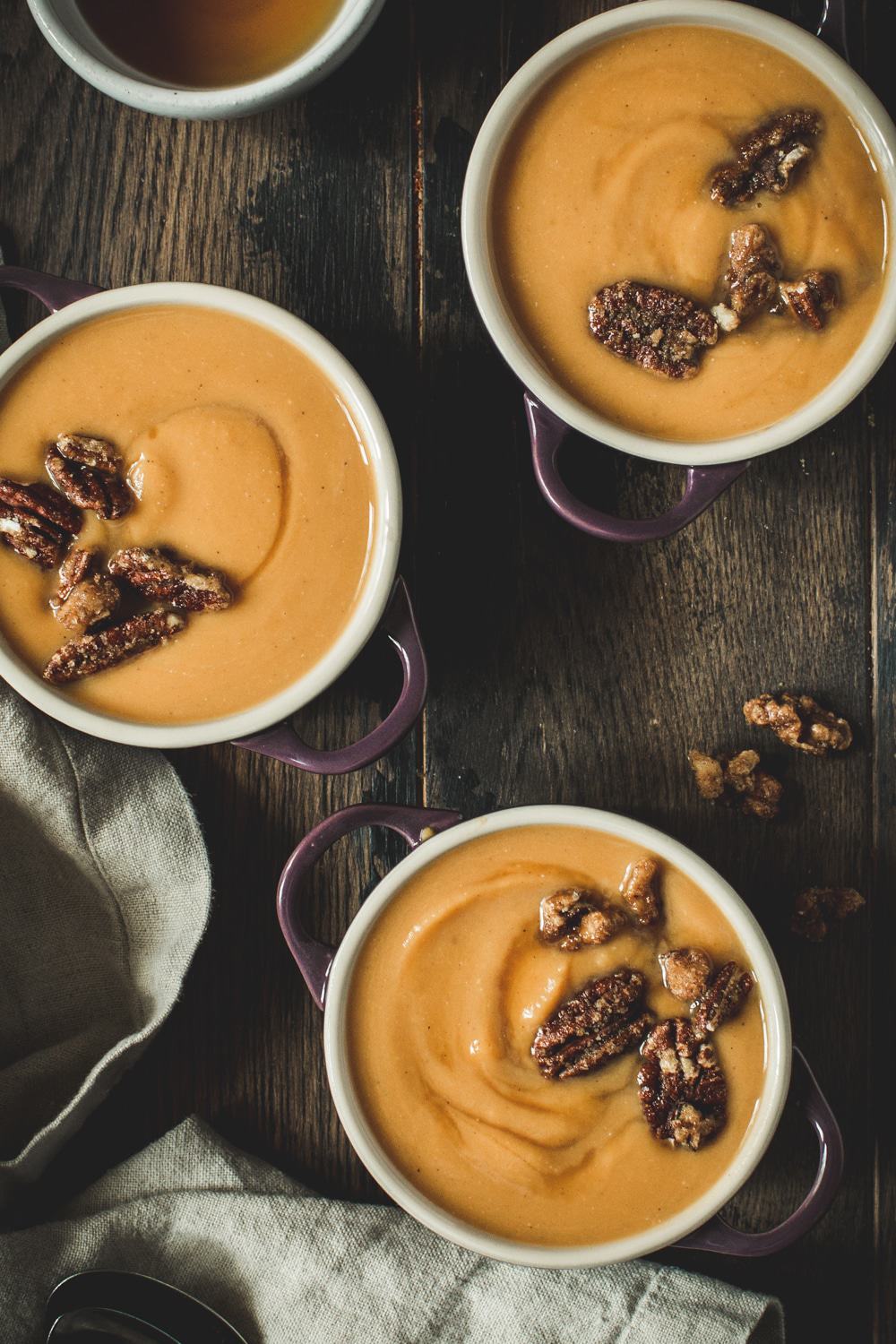