S’mores anything makes summer time amazing, but combine them with RiceKrispie treats and the whole world just got a little happier. 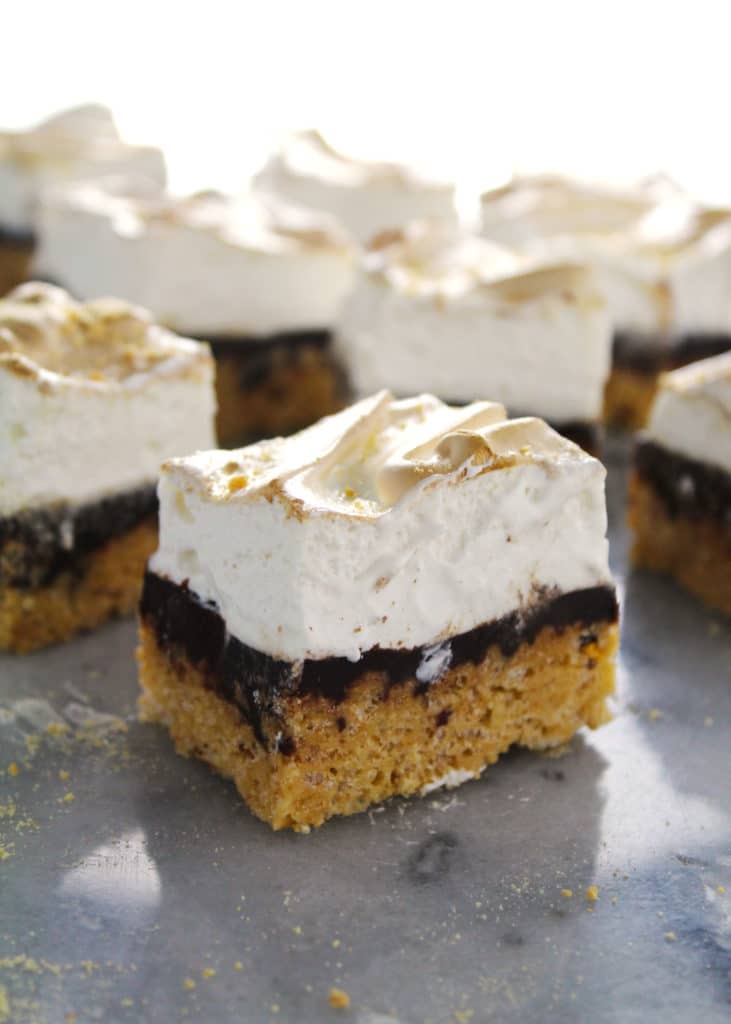 I am aware S’more Rice Krispie Treats have been done before, BUT if your Pinterest feed is any bit as ridiculously filled with s’mores type recipes, because HELLO, summer + right around the corner = happening! Then you know s’mores are not only trending but very much a classic. Cue mouth watering happiness…

My current pantry situation involves graham cracker crumbles, chocolate chunks and an economy size box of Rice Krispies. That my friends, is being prepared for opportunity, which as you know means success and who doesn’t want to be successful? That’s what I thought. 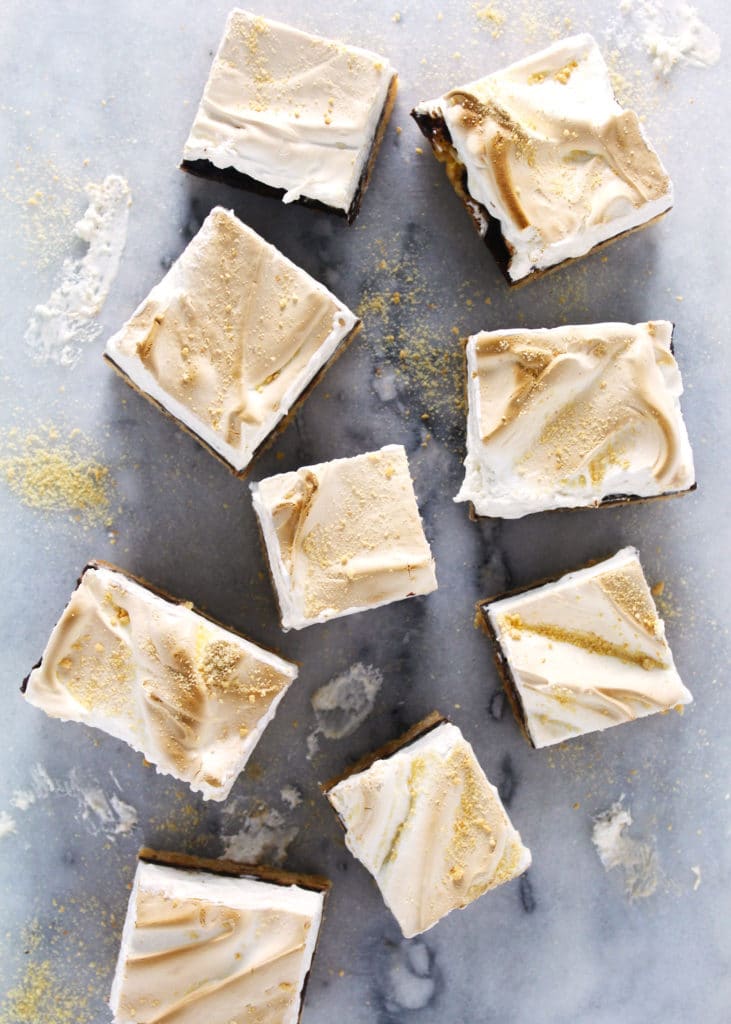 These s’mores Rice Krispie treats happened this past weekend and really if I’m being honest they only “happened” for a matter of hours (I may or may not had one or two, who’s counting, for breakfast). Jonathan and I were heading to a low key dinner with friends Saturday night and I wanted a dessert to compliment that same ambiance. Well, like any good food blogger I started searching and scrolling the infinite possibilities of Pinterest.

A simple version of a Rice Krispie Treat caught my eye and I thought, “Hello childhood, hey simple!” Right next to this amazing picture of sweet crispness was an s’mores type recipe. Well, then inspiration hit and I thought to combine the two. A quick search into the Pinterest archives told me not only was I NOT the first to think of this idea (as if!) but it’s like sooooo 2014. Hey, I’m cool with it… 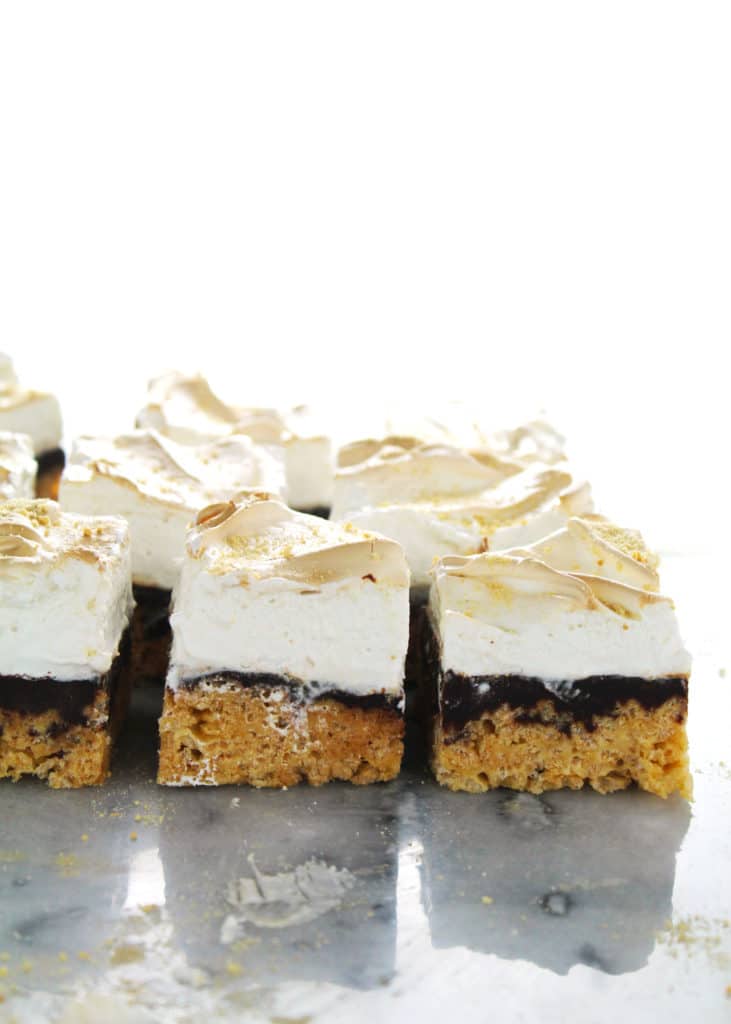 Despite showing up several years late to the s’mores party and just before I face planted into my computer screen I decided to head immediately to the grocery store with my list in hand. Not only were these the perfect dessert for a low key dinner, but also s’more anything never really goes out of style. Perhaps they’re just as much a classic as apple pie…

I haven’t even gotten to the second best part because to be clear eating the fluffy toasted marshmallows atop melted chocolate dripping down a sweet and crunchy Rice Krispie Treat is obvy the main event, however, they’re easy to make. Really! My daughter Autumn wanted in on the baking action and though I’m a bit (okay a lot) obsessive about food presentation when preparing a recipe for this site I wanted her help. That’s how easy these Bars are to make, you can prep them with a toddler! 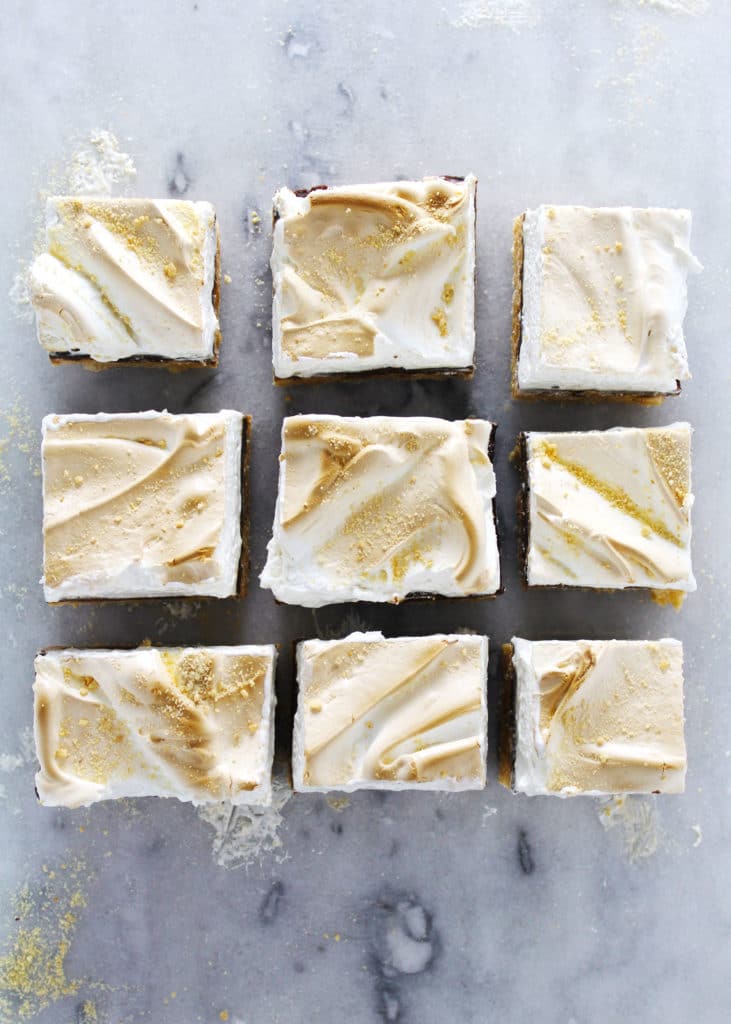 I’m going to give the go-ahead to start summer early (somebody has to!) by saying make these bars as in the second your finish reading this post… 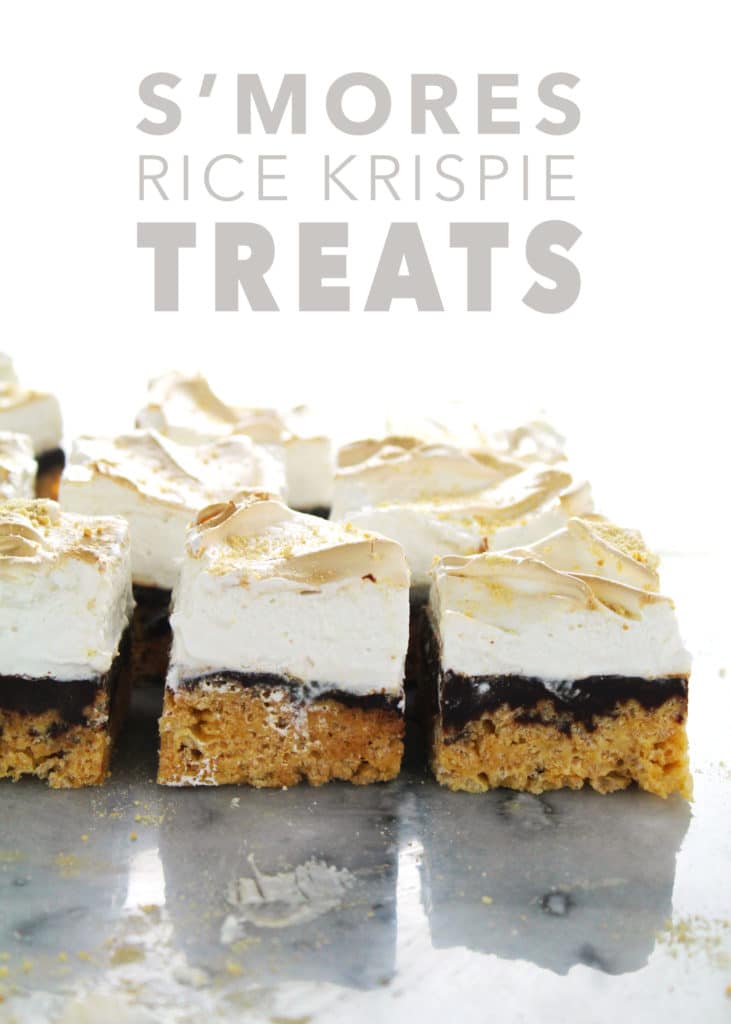 S’mores anything makes summer time amazing, but combine them with rice krispie treats and the whole world just got a little happier.

Seriously just don’t even bother cutting them up. Eat them straight from the pan. You’re welcome…