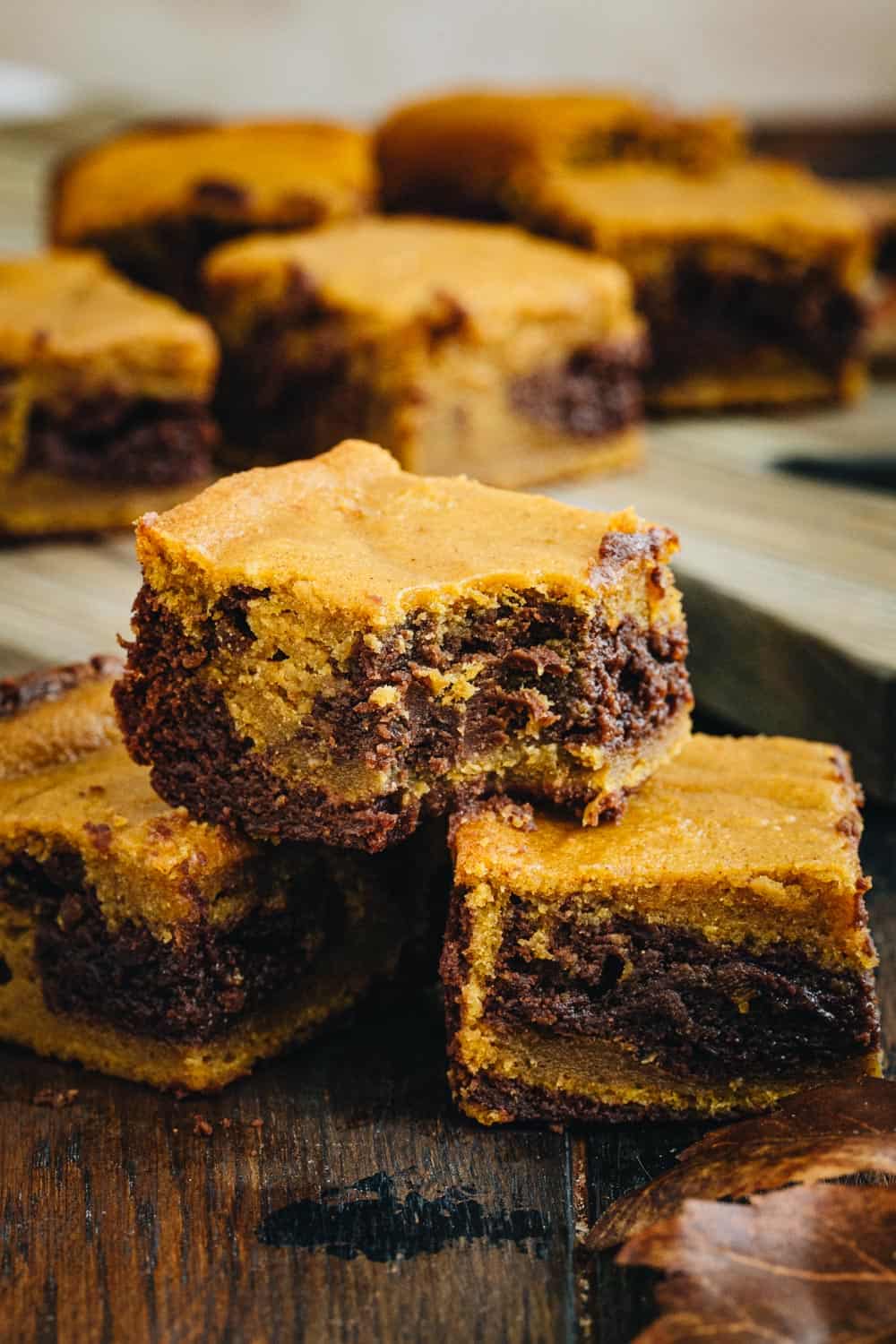 These super thick and fudgy Pumpkin Swirl Brownies have been a family favorite with their pumpkin pie-like swirl layer and thick brownie base. They’re the perfect fall indulgence.

Years ago when my husband and I were first married I got the itch to entertain. When we had family in town to visit our tiny New York City apartment I would also fill it with flavor, to distract from its close quarters. Sort of.

Really, I enjoyed cooking and baking, and when anyone came to visit I used it as an excuse to spend some time in the kitchen. I always broke one of the main rules of entertaining and prepared a new recipe too. Though there were many recipe flops, it was how I first learned how to cook.

One of the very first recipes I prepared was Martha Stewart’s pumpkin swirl brownies. They were such a hit that I made them many more times and each time I experimented and changed up the recipe a bit. This version here is my favorite way to make pumpkin swirl brownies, which I’ve now been baking for well over a decade.

The chocolate brownie layer of these pumpkin swirl brownies is a rich fudge-like consistency that is intensified by the espresso powder. The rich flavor balances the pumpkin layer making them a perfect combination.

How to Make Pumpkin Swirl Brownies

How to Store Pumpkin Brownies

The pumpkin swirl brownies can be kept in an air-tight container for up to 1 week. There’s no need to place them in the refrigerator unless you like your brownies a little chilled.

How to Cut Brownies Perfectly

Below are some of the most frequent questions regarding making pumpkin brownies. If you have any additional questions leave a comment below and I’ll get back to you as soon as possible.

Can these pumpkin brownies be frozen?

Can these brownies be made ahead?

Of course! These brownies can be made the night before you plan on serving them or even up to 2 days ahead of time. 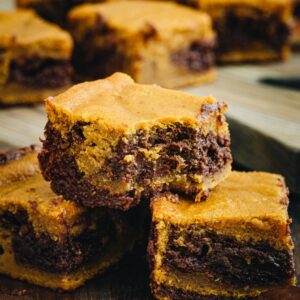 To Make Your Own Pumpkin Pie Spice: Mix the following spices together. 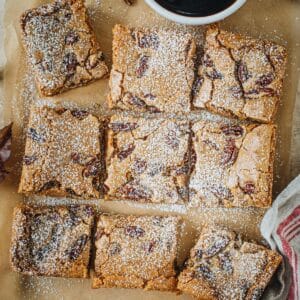 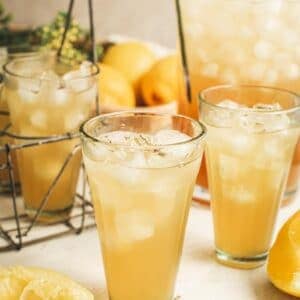 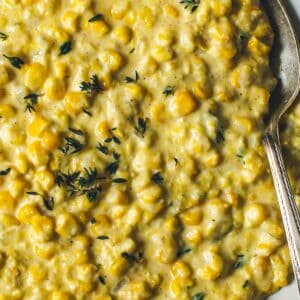 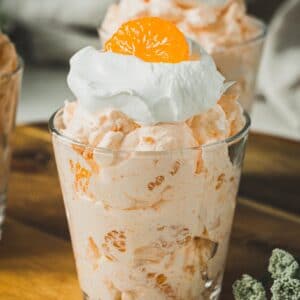