If you’ve got apple desserts on your mind then save some time to prepare and can this easy apple pie filling.

Fewer desserts are as decadent and easy to prepare than a crisp. Most crisp recipes call for seasonal harvests such as peaches, berries, and most notably apples. Apple crisp, though perfect during fall months, is one you can make year-round. However, it is best served during autumn.

I spent a weekend in the mountains outside of Seattle a few weeks back and the breezy morning air with chilly evenings and fireside chats left me nostalgic for fall and all its abundance. When I returned home I immediately dove into preparing autumn dishes. This crisp recipe was one of the first desserts I made.

A tailspin of preparing decadent fall treats began leaving flour and brown sugar in every crevice and corner of my kitchen. Fall scents are constantly wafting from my oven and I wouldn’t have it any other way.

How to Prepare a Crisp

The crisp has two main layers of deliciously sweet ingredients. The bottom layer is the seasonal fruit tossed with sugar and spices and the top is a crumble of oats, sugar, and butter for the crisp. These mixtures are placed in a dish to bake and form the crispy crunchy dessert.

Old fashioned toppings are classic and remain so because they’re often the best. Topping your dessert with a creamy vanilla bean ice cream and drizzling a thick caramel sauce on top is my preference. 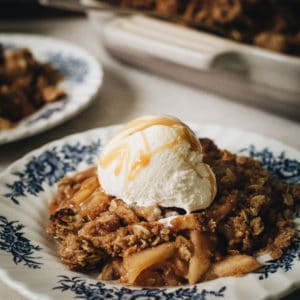 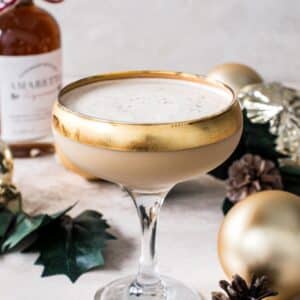 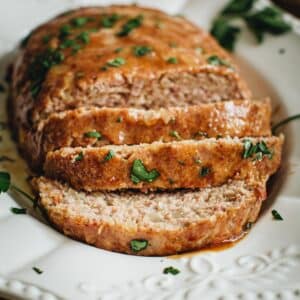 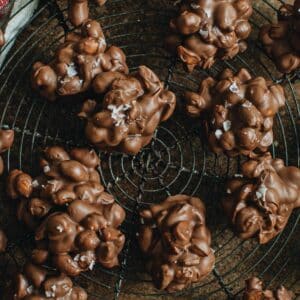 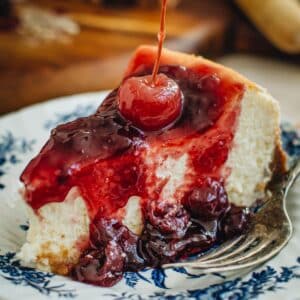 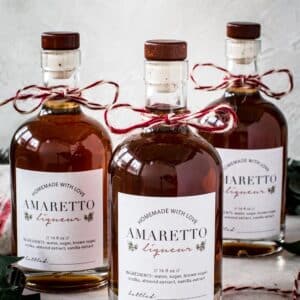